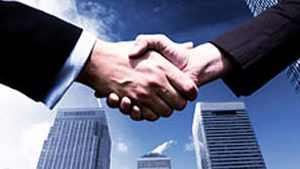 It's not easy to get a good deal on a home. This is because negotiation has to be done properly. Many people don't possess the talent of negotiation. Hopefully the realtor you hired does! If your party isn't good enough at negotiating, you aren't going to get the best deal that you could have gotten on the house. You also could lose things that would have been to your favor. For example, you might have been able to keep that chandelier that you wanted so much. Negotiating is very important, and you need to make sure that the realtor you have understands that, and possess the skill to get the job done. Read: Four Common Mistakes That Can Derail Any Negotiation.

Each seller is different; this is because sellers are humans too! You can't look at them as a "seller." You have to look at them as human beings, who are trying to sell their house. Everyone has different motivations for things, and different things that make them tick. Is the seller going through foreclosure? A divorce? See: 10 Common Negotiation Pitfalls to Avoid When Sealing a Deal. You've got to learn why they're selling in order to work the deal to your advantage. You also have to be able to sense when either party is bluffing. You might be scared you'll lose the deal, when really, they're afraid of losing you!

Don't forget to do your research. Find out what the market is really like. Is it a tough time to be selling? If so, you'll probably have an advantage when it comes to getting a good deal. You can learn most of this information by simply logging online from your bedroom! Your realtor should also be working, too, to find out what he can about the house, and its selling history. Always remember, that you can't ever have too much information.

Never show all your cards at once. Let them unfold slowly. He who talks first, loses! Remember that quote! It's an important one. Don't talk too much during negotiation either. It's very important that you have a few other houses that you like at the same time. Otherwise, you'll have your heart set so much on this one that you'll sacrifice too much in order to have it. You do not want to do this. This house isn't "the one and only." Remember that! For further reading, see: Most Common Negotiation Mistakes.

2 thoughts on “People Too Often Make Many Mistakes Throughout The Negotiation Process. Don’t Become One Of Them! Here’s How To Walk Away The Winner After Negotiating”

Get Your Fast Cash Offer Below Today!